Is a James Bond Musical really in the works? 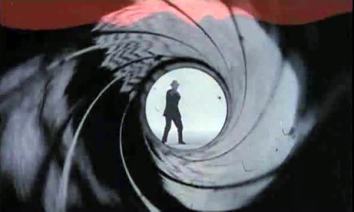 I hope you’re prepared for me to squee about this for as long as it takes for it to come out. I literally didn’t know I needed this sort of musical until the Independent announced it. Now it’s all I can think of.

It’s like the universe remembered how much I love musicals for things that really shouldn’t be musicals (Bring It On, Legally Blonde, and The Vampire Lestat to name a few recent book/film franchises that got the musical treatment).

I can’t figure out how I feel about this aside from the ear-piercing squee from two of my major interests colliding. I love musicals no matter what they’re about and um, hello, I can’t get enough of the Bond franchise. Even though nothing will ever be better than the original Legally Blonde show, I’m so excited to see where this goes.

What’s cool about this development (aside from how it probably pisses off everyone that hates musicals but loves James Bond), is that it could possibly count as an official entry into the official James Bond canon because the daughter of Eon Productions’ original producer Harry Saltzman is working on it. Sure, it’s a stretch, but okay it’s my kind of stretch.

How do y’all feel about our international ham-fisted man of mystery taking it to the stage and singing his heart out?

Zina writes about comics, nerd history, and ridiculous romance novels when not working frantically on her first collection of short stories and complaining about stuff. One day, she'll settle down and write that novel.
View all posts by Zeenah →
This entry was posted in James Bond, Movies and tagged Bond films, harry saltzman, ian fleming, james bond, merry saltzman, musicals. Bookmark the permalink.

1 Response to Is a James Bond Musical really in the works?