Urban Fantasy 101: A Few of My Favorite Fang-Havers

I know I’m about to get my critical little claws all over vampires in the urban fantasy genre once more with my upcoming piece on vampire supremacy in the genre, but before I do, I want to shout out some of my favorite vampires in fiction. While shapeshifters are my main weakness when it comes to supernatural beings, vampires have always been… neat.

So, here are five of my favorite vampires in no particular order. 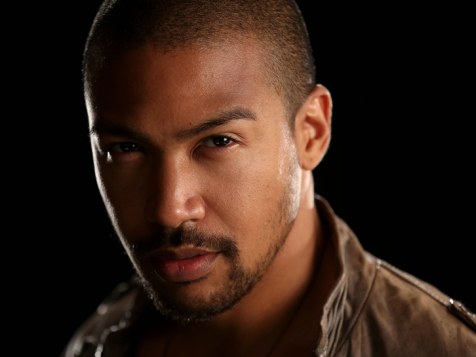 Backstory: First introduced on The Vampire Diaries in a backdoor pilot for The Originals, Marcel starts off the series as the ruling vampire in New Orleans. Born to the governor of Louisiana, a slaveowner, and one of the women he enslaved before being turned by Klaus Mikaelson (a werewolf, vampire hybrid with less morals than common sense), Marcel has spent much of his life and unlife trying to get respect and recognition. He’s got power now, but he’s constantly undermined at every turn and the respect he’s spent decades trying to get… is pretty fleeting.

Why I Love Them: In many ways, Marcel is a fantastic successor to many of our older literary vampires that literally shaped how so many of us view vampires. He is romantic, but tragic. Cruel, but with a deep kindness in him. He has so much going on because he’s a Black vampire in a world of largely white ones. Where he’s on the top of the heap in so many ways, but then there’s the Mikkaelsons to remind him that he’s “just” a former slave and not on their level in anyway. He’s one of the few characters in The Vampire Diaries franchise that I want to see survive and thrive. He’s a bit of a douchebag but… he’s my douchebag.

Alas, The Originals needs a writer’s room more diverse than a bag of marshmallows because I still don’t think he’s ever received the storylines that he deserves when compared to the other vampires in the franchise.

Backstory: In Blood Ties, the television adaptation of Tanya Huff’s Blood series, Henry Fitzroy is the undead and immortal bastard of a certain English king/noble. He’s also, currently, a comic book creator, that got caught up in a relationship with Vicki, a former Vancouver cop that has never met a case she didn’t want to crack.

Why I Love Them: Henry is, in many ways, the ideal vampire. He’s kind of a perfect example of the vampire in urban fantasy with his penchant for brooding and a complicated backstory, but he’s also a genuinely good guy. The actor that played him (Kyle Schmid), is one of my favorites and it’s not just because I love looking at him. He brought Henry to life in a way that made him even more engaging and accessible than the character was in Tanya Huff’s novels. Henry is just… such a great vampire. He’s sexy, strong, and just tortured enough to be temptation. He makes Angel look like a newbie when it comes to badass brooding and he’s honestly way more interesting to me.

Backstory: Lestat, in many ways, is responsible for much of the current urban fantasy and paranormal romance conventions about vampires. For better or for worse, he’s the reason why the genres are lousy with white French vampires. The son of a French nobleman, after Lestat is turned by an old vampire who promptly killed himself, he proceeds to make a whole mess of this whole vampire thing. Lestat’s greatest powers aren’t his vampire ones, but his ability to charm anyone he comes across. If you read any of Anne Rice’s novels in this series, make it the first two and maybe… Tale of the Body Snatcher for Lestat at his best and worst.

Why I Love Them: Lestat is actually The Worst vampire I’ve seen in a while. From psychologically torturing the enslaved Black people on Louis’ family plantation to being a dick and a half to uh… everyone (but in a weirdly charming way), Lestat somehow manages to be simultaneously charming and unpleasant. He’s like an undead William Shatner. BUT, despite everything about his characterization and Anne Rice’s everything, Lestat serves up some of the most amazing and interesting vampire realness we’ve ever seen. He’s awful and kind of annoy, but he’s queer as hell and always getting into over the top adventures. I love Lestat because he’s a hot mess that has no idea what he’s doing and yet… keeps succeeding despite that. I love him because he’s unashamed of all of that nonsense.

Backstory: Jubilee – short for Jubilation Lee – started out her fictional life as a mutant that could create these cool sort of fireworks. She’s one of Wolverine’s many adopted bublets, and a feature in many awesome X-Men stories over the years. She’s also spent some time as a vampire thanks to machinations from one of Dracula’s own sons in an attempt to infect Wolverine. While her run as a vampire ended this past January with her getting cured, she was still one of the cutest vampires out there and I lowkey hope that we get some of that storyline in future X-Men movies!

Why I Loved Them: At first, when Jubilee became a vampire I was actually pissed. I mean, seriously in my feelings about her no longer being a mutant. And then, I realized that not only was she a vampire but she was basically… a teenaged vampire mom. And I am weak when it comes to any plot lines that give babies to my favorite characters. Jubilee is on this list because she was one of my favorite X-Men and then she became a vampire and obviously, that translates. She also has a BABY and infancy is my favorite stage of humanity.

Backstory: First introduced as an antagonist, Marceline the Vampire Queen is one of the best character revealed in Adventure Time’s complex worldbuilding. She’s half-vampire, half-demon, and all badass.

Why I Love Them: Honestly, if you don’t like Marceline, you’re wrong. Marceline the Vampire Queen is one of the best characters to come out of Adventure Time. I know the series is about to come to a glorious end, but before it does, I need it to have an amazing resolution for Marceline who is more than her vampire and demonic natures. Marceline is an amazing character in part because she’s a nuanced half-vampire on a children’s show whose morals are flexible and whose fangs are always ready for biting. When I talk about nuance and flexible moralities as a thing I love to see in my vampires, she’s one of my mains because she’s a brilliant character whose presence in Adventure Time raises more questions than it answers. And she’s (implied to be) queer and into Princess Bubblegum so… bonus…

And an extra mention goes to… Melissa F. Olson’s Itachi who showed up for like… one book in her Boundary Witch series before dying the death of an asshole. My Naruto-loving behind could not be more pleased with his existence and death.

Now, I’m nosy and in need of more vampires to love so please, feel free to fill us all in: Who would be in your favorite five fang-havers list?

Zina writes about comics, nerd history, and ridiculous romance novels when not working frantically on her first collection of short stories and complaining about stuff. One day, she'll settle down and write that novel.
View all posts by Zeenah →
This entry was posted in Urban Fantasy 101 and tagged urban fantasy, vampires. Bookmark the permalink.

1 Response to Urban Fantasy 101: A Few of My Favorite Fang-Havers