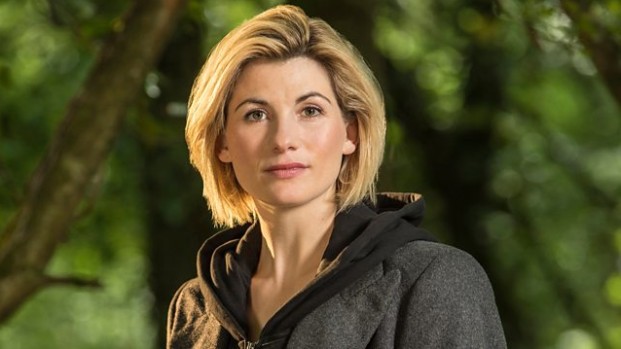 The news that Broadchurch actress Jodie Whittaker has been cast as the Doctor’s thirteenth regeneration  is great, but I have to point out that it’s also primarily a step forward for WHITE women as women of color don’t get chosen to head up these nerdy franchises.

Additionally, as we saw with the way that fans of Jessica Jones, Agent Carter, and Supergirl (to say nothing about Doctor Who) have responded to criticism about racism in their respective shows and fandoms, WOC will be expected to stay silent.

I know what the future of fandom will be like following this casting news.

WOC will not be allowed to talk about the history of mistreating female characters of color on the show and in the fandom.

We will be accused of pettiness and of wanting its cancellation in addition to being lectured about our so-called “internalized misogyny” because we’re unsatisfied with the Doctor being white once more.

We will be told to “wait for your turn” & that “you’re not owed representation” by the same white women celebrating their representation today.

We will be told to “be happy” with Bill and Martha as if their respective runs on the show weren’t perfect (and Martha was mistreated both by her Doctor and the fandom wishing for a return of perfect, precious Rose Tyler). Bill and Martha will be the used to fend off criticism and to shut down conversations about how two Black companions shouldn’t be it for meaningful diversity on the show.

We will be told to make our own (and chastised if we do).

If Jodie Whittaker’s run on Doctor Who fails, WOC who have criticized any element of the season will be lumped in with nerds that want to keep the status quo intact.

We will be called haters.

We will be called ungrateful.

We are already being called those things (and other worse names) for not rolling over and showing unbridled excitement over Jodie Whittaker’s casting.

I’m happy that they’ve finally ended the dude only line up of Doctors, but this casting doesn’t mean as much as you’d think in terms of representation.

White men dominate/headline nerdy franchise while white women are the closest second after them. I can think of several film/television installments of super popular nerdy franchises that are or have been helmed by white women.

I can’t think of many where a woman of color is the main character of a show or franchise and is received on the level of Buffy in Buffy the Vampire Slayer, Furiosa in Mad Max: Fury Road, Rey in Star Wars: The Force Awakens, or Kara in Supergirl.

We know this BECAUSE white women have responded (and are still responding) angrily to things like Black Panther getting a movie before Captain Marvel because as they see it (white) womanhood should trump Blackness even in a movie where Black women make up a huge chunk of the cast in a society that is apparently matriarchal and Iris West being Black in both The Flash show and film (again with the “iconic” claims even as they flip their shit for white women being cast in “traditionally male” roles),

Look, I’m not saying that Jodie Whittaker won’t do a good job or that I’m going to boycott the show for not casting a WOC as the Doctor. (If I boycotted every show or film for not casting an actor/actress of color in an iconic role traditionally played by a white dude, I would literally run out of shows to watch.)

What I am saying is that y’all need to think about the reason why people of color are a bit frustrated with this step forward despite still viewing Whittaker’s casting as the awesome milestone that it is.

We can be frustrated by our unfulfilled desires to have a Doctor that isn’t white while also being excited that the series has finally provided audiences with a female Doctor.

You know… because multitasking is a thing.

Zeenah writes about comics, nerd history, and ridiculous romance novels when not working frantically on her first collection of short stories and complaining about stuff. One day, she'll settle down and write that novel.
View all posts by Zeenah →
This entry was posted in Rants and tagged Doctor Who, race and representation, white feminism. Bookmark the permalink.