What Fandom Racism Looks Like: Keep Calm and Wait Your Turn 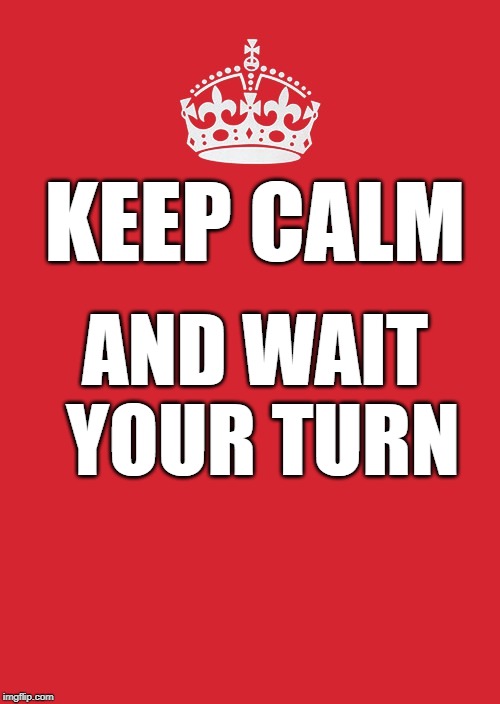 However, I can’t stop feeling some frustration about how white women are frequently set up by nerds and within fandom as the proper first stop for representation.

At every level of fandom, women of color are told to “be patient” and to “wait your turn” when we talk about the way that it stings to constantly see white female characters – like Wonder Woman, Rey, Black Widow, and Supergirl – held up as universal representation for all women.

While these female characters are undeniably important representation, they also don’t represent the full audience of women and girls that will see these shows and films.

Claiming that they do (or should) silences women of color in fandom that are tired of being told to support media where female characters of color are either stuck in supporting roles or entirely absent from the setting.

Or worse – that we should support racist media because of its White Feminist ™ lead.

One of the main issues that I’ve had with Jessica Jones is that for a show that’s supposed to be feminist, it certainly drops the ball when it comes to mistreating characters of color.

For its two-season run, the series actively showed Jessica engaging with the series’ few characters of color in various distressing ways. From the repeatedly shown imagery of Jessica killing Reva Conners, Luke Cage’s partner, across the first season of her show to how the only WOC in the second series are portrayed questionably or killed off, this is not a show that makes me feel represented.

And yet, it is held up as a feminist show and something that everyone should watch to experience a nuanced portrayal of nuanced womanhood.

This is a show that understands addiction and obsession when a traumatized white woman deals with them, but portrays men of color as monsters for similar behavior and backstories and doesn’t treat any female character of color well.

But we’re all supposed to support it and mourn its cancellation in the wake of it ending after what – 2 or 3 seasons? Okay.

This brings me to my problems with Supergirl and the long-cancelled Agent Carter.

When Supergirl’s first season aired, I thought that it was a decent show if a little un-intersectional in its approach to feminism. Like with Agent Carter, this was another feminist show that focused on the experiences of conventionally pretty, white, cis, thin, and abled white women as they got to take the lead in a superhero story.

In that first season, the only friends of color that Kara Danvers actually had was her crush James Olsen (played by True Blood actor Mehcad Brooks in a racebent role) and J’onn Jonzz (played by Homeland actor David Harewood in another racebent role). There are no fat, queer, trans, or disabled recurring characters in the show’s first season and Kara’s interactions with marginalized people in the season don’t see them as part of her friend group.

I did not feel seen in that first season of Supergirl.

The kind of feminism still on display on the show centers a typical white woman while her marginalized sidekicks (her lesbian sister, her Black father figure, etc) generally take a backseat to her needs, wants, and overall character growth. They get arcs of their own occasionally, but in the end, they are replaceable and tend to serve as scenery or speedbumps for whatever Kara is doing.

When the show first aired, it was heralded as a feminist wonder. However, how feminist could a show that opened with ZERO marginalized female characters in the main cast actually be?

I also didn’t feel seen at any point of Agent Carter.

Following Marvel’s 2013 short film of the same name, when the company announced that it was going to be doing a series about the woman who was in Captain America’s corner from day one, we were all pretty jazzed. Then we got the actual show in 2015 and a lot of female fans of color wanted to tap out of the show and its resulting fandom.

Agent Carter was just as white as Supergirl season one.

It just had more dudes on top of that. There are pretty much ZERO women of color or queer characters across the series’ two season run. There’s one explicitly Jewish female character in Edwin Jarvis’s wife Ana (played by Lotte Verbeek). Most of the disabled characters that show up are white men and the only fat woman that shows up, in season two, is a sidekick.

And female fans of color that commented on the series’ lack of diversity as a reason why they weren’t returning were explicitly blamed for the show’s struggles and portrayed as Bitter Bessies who were trying to shoehorn diversity where it didn’t belong.

Both shows were marketed as welcome feminist shows that diversified the established boys’ club of the superhero genre and opened the floor to more kinds of superhero.

But then… they didn’t really do that.

Marginalized characters are still primarily sidekicks in these stories.

On top of that, when characters of color do get their own stories, fandom doesn’t support them to the same extent.

It’s just wrapped up its second season and it has a diverse cast that prioritizes different kinds of Black people and Black existences.

It’s a show with Anissa Pierce and Grace Choi, two queer women of color in a canon relationship. Anissa’s identity as a queer Black woman is front and center from the very first episode and she’s beloved by her family. There are strong women everywhere in this series and they all kick some kinds of ass while also being multifaceted.

But the fandom for the CW’s other shows – including the other DC TV fandoms or fandoms for shows with canon F/F relationships – aren’t biting.

When pressed, they come up with a laundry list of reasons why they’re not interested in the show that are transparently racist – imagine caring about the acting or writing quality of a CW show in 2019…). Fan content? What little exists is mostly created and consumed by queer women of color.

It’s as much a feminist show as Jessica Jones, Agent Carter, and Supergirl are –

Only, it’s more aware of what intersectional feminism actually looks like.

When we criticize something like the aforementioned shows for the almost unbroken whiteness of their main cast, we’re always told to make our own. (“If you build it, a fandom will come.) But when we do, fandom… doesn’t show interest and often actively refuses to value the content centering diverse non-white characters.

I’m genuinely happy for Captain Marvel’s existence and for the film’s success.

At the same time that I’m excited for this film – and was initially super excited for Wonder Woman, Agent Carter, and Jessica Jones – I’m constantly reminded that women of color keep being told to wait our turn even in cases (like with Wonder Woman and Captain Marvel) where there are female characters of color that have held the iconic role.

The main-ish women of color in Captain Marvel are:

And they’re all sidekicks in Carol Danvers’ story.

That is disappointing as hell.

When women of color complain about how we are always told to be patient for representation that isn’t actually coming or to be satisfied with the white female lead in feminist films and shows, you know what happens?

We’re once again accused of being bitter.

We’re accused of being impatient.

Here’s the thing about that:

It took Marvel a little over a decade to release a female-led superhero film in its big film franchise. I’m not planning on waiting another decade for trickle down feminism to decide that women of color have finally “earned” the right to representation front and center in the same franchise.

Stitch writes about what needs to be written.
View all posts by Stitch →
This entry was posted in What Fandom Racism Looks Like and tagged erasure, MCU, representation, superheroes, white feminism. Bookmark the permalink.

3 Responses to What Fandom Racism Looks Like: Keep Calm and Wait Your Turn