With “Series Squee” I’m trying to do something new (that can be regular content) by sharing the love for some of my favorite series so that y’all could get a better look at what I like and why I like it.

Note: in this first installment, I cover horror-fantasy manga Angel Sanctuary and I talk about the series’ weird fascination with incest and a character that is frequently portrayed as a transmisogynistic joke in the series. 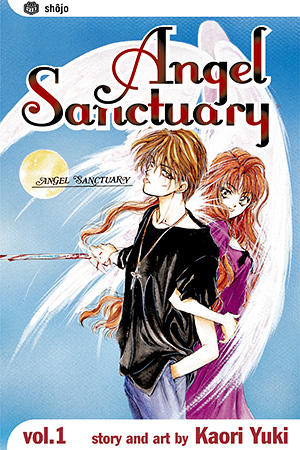 Who wrote this series?

The mistress of horror manga herself: Kaori Yuki

What’s this series about?

I’m bad at describing series, but I’ll copy and paste the description from Wikipedia:

It focuses on Setsuna Mudo, a teenager who learns that he is the reincarnation of an angel who rebelled against Heaven. After the death of his sister, he travels through Hell and Heaven to reunite with her.

With just seven days to find his beloved sister Sara in the afterlife, Setsuna goes to hell, only to find himself sitting in judgment of the very angel who condemned his soul to life after life of suffering. But the only way out of the pit is through it, and how much time can Setsuna waste on revenge? Meanwhile Heaven is falling apart as assassins move in to murder God’s highest ranking angels! Will there be a universe left when-and if-Setsuna gets out?

You can find the series for sale at Viz.com.

If you could recommend this series to any fictional character, celebrity or historical figure, who would you choose?

I think Elena Michaels from Nalini Singh’s Guild Hunter series would get a kick out of angels that are somehow more messed up than the angels that she knows and loves. In her world, angels aren’t connected to religion the way they are in Angel Sanctuary and they’ve ruled the planet for tens of thousands of years, so I think looking at another take on angels that is so unfamiliar might be interesting to her.

List three of your favorite things about the series. 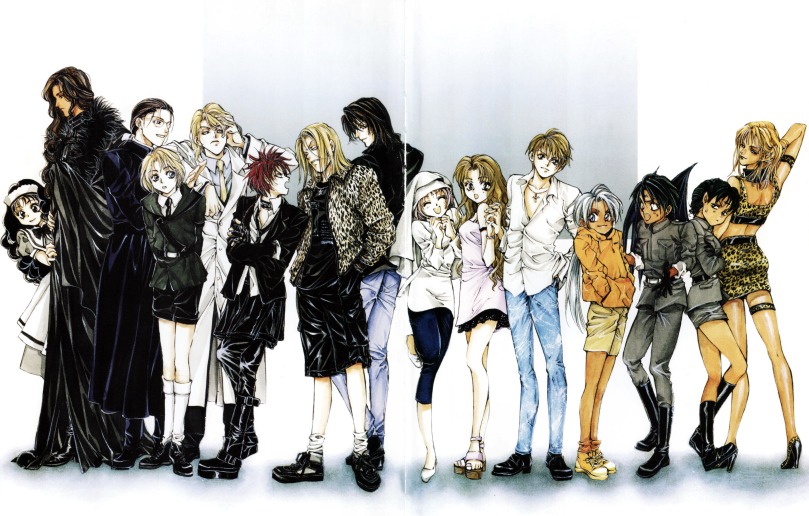 List three of your least favorite things about the series.

What’s your favorite book in the series?

I can’t remember the exact volume number and I no longer have the books to check them myself, but whatever volume it is that gives us Kato’s backstory and has him “living” with Uriel in the underworld. That’s my favorite.

What’s your least favorite book in the series (if you have one)?

I actually don’t like the first book in the series and I always felt weird about that. I think it’s because it’s slower paced than I expected it to be and then I’m too attached to Yue Kato, so even from the beginning when he was at his shittiest, I got pissed when he was first killed off.

Who are your favorite characters in the series?

Who are your least favorite characters in the series?

Let’s talk about series’ romantic ships, both canon and fanon:

Do you have an OTP across the series? What do you like about them?

Back in the day when I actively shipped things in Angel Sancturary, my main OTP was Kira/Kato. I shipped it to the point where I got angry that Kira chose Setsuna over Kato when they were totally (“clearly”) meant for each other. I think the fact that the series ends without either of them alive or together kind of ruined me a bit and I know I spent some time searching for any kind of slightly shippy fanfiction that could heal that hurt.

If I had to go with a canonical relationship to count as my OTP… hmm… I don’t think I shipped anything that was canon in that series.

If you have a NoTP in the series, why do you dislike them?

Haha, I kind of hate most of the canon ships in this series. I’m usually pretty easy going about ships and while I’m not really a “ship what you want” kind of person, I can usually ignore the ships I dislike or find gross.

But not Setsuna/Sara. Nah, that had to be like the core ship in the series. I had to keep watching Setsuna risk his life in order to chase the woman he loved, a woman that happened to be his younger sister. It’ s just… super uncomfortable to keep reading. It wasn’t just the incest. Y’all know that Flowers in the Attic was formative media for me. It was that Setsuna kept putting Sara in danger just by existing and that he knew it, but was too selfish to let her go the way he should’ve.

I always skimmed through the scenes they were in and, secretly, have always been annoyed that the series ends with them presumably getting their happily ever after.

What is your favorite friendship in the series?

Okay, this is weird and I know it, but the friendship between the angels Zaphikel and Razieil was pretty great. It’s a comedic relationship with Raziel definitely kind of being the “responsible adult” in the friendship to Zaphikel’s kind of ditzy image. I think what works for me is that it’s a mentor-mentee relationship that has a friendship grow from it but then… Zaphikel turns out to be Raziel’s father. Holy shit, right?

Are there any characters that you just wish were friends?

Any potential book datefriends/squishes/queer platonic peeps in this series?

So Angel Sanctuary is responsible for my Asmodeus thing. As a result of this series, I became kind of obsessed over the demon Asmodeus to the point where I was a baby occultist in high school/college. I would absolutely date Asmodeus but like… from a distance because he’s still an actually awful demon. (I love that this series basically primed me to fall for Asmodeus in Aillete de Bodard’s The House of Binding Thorns)

And I’ve claimed Kato as a queerplatonic peep. He’s just… perfect and deserves better than he got. I want to like take him shopping and feed him and keep him safe forever. There would definitely be cuddles and occasional shit talking about his love life in the underworld.

If you could tell the author one thing about the series, what would you say?

“You don’t need a sequel to Angel Sancturay and I wouldn’t want one if it was about Setsuna and Sara’s messed up life, but if you wanted to say… give Kato a happy ending and maybe a series where he, Uriel, and Doll fight supernatural crime or whatever, I wouldn’t say no to it. And thank you for creating a series that led me to get my minor in religious studies back when I was in undergrad.”