I don’t want to say that this will be a regular feature since I’m shit at regular features, but here are some links to cool and interesting things I’ve read or seen online this month! 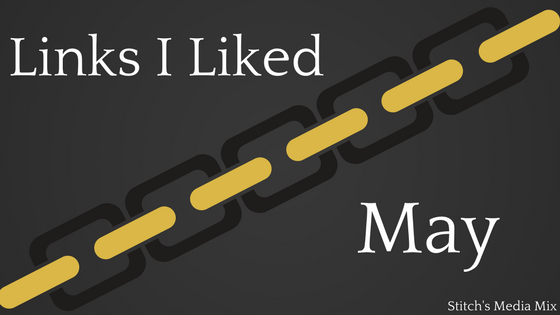 The funny thing about writing about race is that my instinct is to always start off with an apology. Sorry, I’ll think, imagining readers clicking on the piece, sorry I’m going to make you uncomfortable.

Review: A Court of Wings and Ruin by Sarah J. Maas

As I’ve said before in my review of Empire of Shadows, I have a complicated relationship with SJM’s books. Some of her worldbuilding interests me, as do one or two of her characters, but her worlds and stories are so problematic and so white, cis, allo and straight that now I’m just waiting to read the last books of her series to say good bye to her writing completely.

A Response to Zetta Elliott’s “Minstrelsy is the New Black”

While I certainly can’t speak for every black writer and their intentions, but based on my own work and experiences in understanding and loving blackness in all its complexities, nothing about my work speaks to the Mantans of the American entertainment world. Truth-telling, providing context within the story, and humanizing black children is my main focus. A far cry from minstrelsy.

In ‘Handmaid’s Tale,’ a postracial, patriarchal hellscape what happens to white supremacy in a totalitarian theocracy? It depends on whom you ask

What happens when a black woman gives birth to an interracial baby who serves as a daily reminder to a Wife that she’s not the child’s biological mother when so many rules and ceremonies have been created to obscure that very reality?

I love being multiracial. It’s such a beautiful and unique experience. But it can get confusing sometimes with people telling me what I am and how I should be and it’s something I struggled with for a while. So, I made it a comic hoping that other multiracial will see and know that they’re not alone!

White women, especially the monied ones, are so dangerous because they are allowed to be so soft. Stroke by stroke, they construct a type of womanhood that viciously negates the fact their bodies still function as agents of white supremacy. They are so gentle with themselves that they simply cannot comprehend that they could be oppressed and yet still oppressive.

The essential and fundamental truth you must accept and fully understand about our business is this: There is nothing, not negative margins at the end of the fiscal year and not the pre-fall-of-Rome state of the government and not their parents being eaten by cancer, there is NOTHING the people who employ writers hate more than writers.

Fate of the Furious Is a Disservice to Han Seoul-Oh

For many people, Han was a truly significant character, one who helped to make The Fast and the Furious franchise into the multicultural juggernaut that it’s known as today. It’s just a terrible shame that with The Fate of the Furious, his legacy gets shuffled aside to lift up another generic angry white guy.

The Quintessential Racism of Mass Effect

We all get by now that bigotry is outcomes rather than intentions, right? I mean, this is Tumblr. So we get that even if the Bioware writers don’t actively hate PoC, that doesn’t mean they still didn’t fuck up their handling of PoC. This isn’t even about the limitations of the character creator, where it still isn’t possible to have even curly hair, let alone kinky, or truly dark skin – though the character creator is a symptom of the larger problem.  There are other symptoms when you look at the game intersectionally – problems with misogyny and clumsy handling of trans people’s issues and heterocentrism and more. But for the sake of keeping this essay from becoming a book, and because I just haven’t seen a lot of discussion about this, I’m gonna stick to race.

The outcomes are what matter, here. The overall message matters. So here’s the message I’m getting from Bioware, as of the end of ME:A: people of color don’t really have a future.