Dealing With My Own Kilgrave

This post deals with different kinds of abuse in relationships (including implied coercive sex acts and assault) and dealing with the trauma that follows. There are also spoilers for the first episode of Jessica Jones. 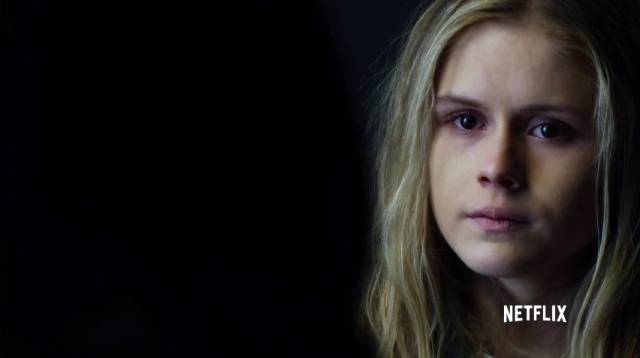 I’m writing this post with six minutes left in the first episode of Marvel’s Jessica Jones show on Netflix. Sure, I could have held out for the few minutes it took for the episode to end, but I didn’t want to. This might be too important and I don’t think that I’ll be able to get it out if I continue watching the show.

In the show, Jessica is dealing with PTSD and all kinds of trauma related to her treatment at the hands of a “gifted” man named Kilgrave. We don’t find out everything in the first episode but what we do know is that he uses his powers to force people into behaving the way that he wants them too. When that focus turns on women, he abuses them in every way possible and makes them feel like/believe that they want it.

Throughout the episode, Jessica spends her time looking for this missing young woman named Hope. When she finds out that he’s essentially attempting to reenact their relationship and lure her back into his clutches, she panics and tries to run before deciding that no matter what, she needs to help Hope.

The scene where I’m on now, where I’ve just paused, takes place after that. Tearfully, Hope is explaining how Kilgrave made her do things that she didn’t want to do, but that she wanted to do them. And Jessica, fellow survivor, tells her that it wasn’t her fault.

My chest, which had been feeling tighter and tighter throughout the episode, suddenly loosened with relief. I know that she was talking to Hope and not to me, but you know –

I needed to hear that.

Because with my own Kilgrave, I don’t really think that many people ever reached out to me. Out of my friend group at the time, maybe only two or three people actually understood what was going on and tried to reassure me that it wasn’t my fault for being swept away by the so-called charms of this older man. But seeing Jessica talk Hope through this and let her know that she’s not responsible for being abused and humiliated made me feel good, I guess.

My Kilgrave isn’t a supervillain. He’s not super smart or witty. (In fact, I know that I am more intelligent than he is.) What he is, is manipulative. He’s a predator. He took advantage of the fact that I was only eighteen and that we had been “friends” first. He was charming at first and tested my boundaries until he could figure out which ones I would let him cross cross.

He charmed me the way he charmed everyone else, making me look away from the fact that he was mistreating me. If I didn’t do something that he wanted, he would make me feel bad about it. If I didn’t invite him in when my mom was out, he’d get angry. And if I didn’t touch him the way that he wanted?

Yeah. That didn’t go well either.

He made me into what he wanted me to be. I dressed a certain way for him. I lied to people. I became someone else on his whims. And throughout it all, there was this thought in the back of my head that this wasn’t okay. But I couldn’t leave. I didn’t. Not even when things got even worse and I found myself isolated from my friends (because they were his friends first and with a few disgusting lies, he turned so many people against me).

It took a nervous breakdown, moving 1100 miles away to live with my dad, and then attending school on the South End of Miami to reach a point where I felt like I was free of him. And even then, if I think he’s going to be somewhere that I am (like the Renaissance Faire or any local conventions in South Florida), I can’t go. I saw him in May during Free Comic Book Day and I was with my nieces. I was so scared of what he’d say or do in front of them if he saw me that I ran out of the comic store we were in and haven’t been back since.

I used to have a phone that I kept just so that I could remind myself of the things he said to me. Nasty messages. Threats. Dismissive and dehumanizing language. I wasn’t a person to him. I stopped being one when he gained that smallest amount of control over me. I became a toy. He saw me the way that Kilgrave saw Jessica Jones, as someone he could control because he was outsmarting me and manipulating me so very easily.

And because he was so charming and everyone kept making excuses for him despite the fact that he had six years on me (seven years on his girlfriend – oh yeah, that was a thing) and was clearly mistreating both of us.

Like the man I thought was my friend until he proved otherwise.

They don’t always look monstrous. Sometimes, they look like everything you want until it’s too late and they’ve got you so blinded by their lies that you can’t even run away. And when you do run away or get away, they use a veneer or respectability, the charm they used to use on you until they could just push you around, in order to terrorize you.

Hearing Jessica Jones talk survivor to survivor and letting Hope know that surviving abuse wasn’t her fault was so amazing. I needed that in my life and I didn’t even know it. I think that even if I don’t make it through the rest of the series, I’ll hold on to that moment in my heart for a long time.