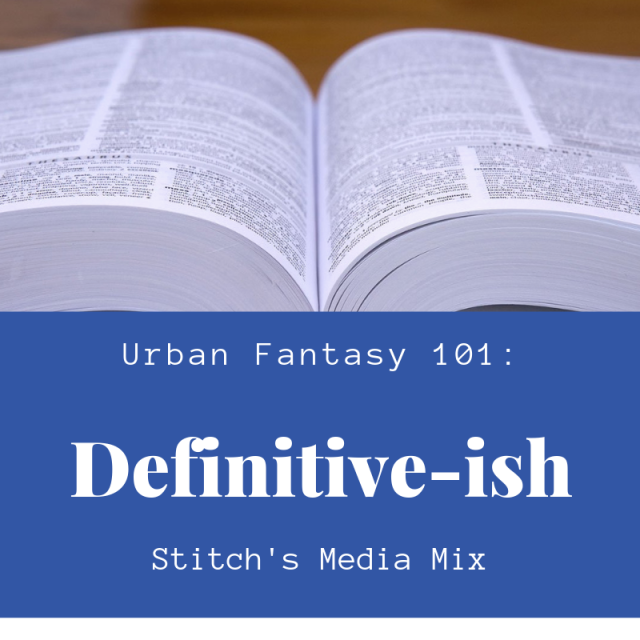 Wikipedia’s definition for “urban fantasy” is pretty unhelpful in its broadness.

Basically, it calls urban fantasy “a subgenre of fantasy in which the narrative has an urban setting” and goes on to mention that urban fantasy works are “set primarily in the real world and contain aspects of fantasy”.

It’s definitely a definition, but it’s not exactly an clear one.

First of all, what exactly does the “urban” in urban fantasy mean?

Outside of this genre, whenever you hear someone refer to the word “urban”, they tend to mean it as code for Black people or a place where Black people live rather than the actual definition of urban as it refers to cities.

Back in 2012, urban fantasy author Maurice Broaddus wrote that:

“I hear “urban” and I’m used to it being in the context of “urban radio” or “urban fiction” (aka street lit) and any of a number of other code phrases for “we mean black people but we need to tip toe around saying, you know, stuff black people are into”.  So I thought maybe I had stumbled into the perfect genre to write my brand of “magic ghetto realism”.  Imagine my surprise when I found out that’s about as opposite a landscape as possible.”

And while it’s been at least a decade and a half since I stumbled across my first urban fantasy book that was actually called that, I’m pretty sure that that was the same response I’d had after already being exposed to non-Black people using “urban” as a shorthand for my people.

Even Broaddus’s definition of the genre – which I actually find useful – isn’t as helpful as I’d like. He defines the genre as one “where the city is as much a character as anyone else running around such that if you were to remove the city, the story doesn’t work as well”.

The problem that raises?

It too is ridiculously wide.

Under this definition, a bunch of stories fall under the umbrella – Wildstorm/DC Comics The Authority, Robert Jackson Bennett’s The Divine Cities, Michelle Sagara’s Chronicles of Elantra series, and Max Gladsone’s The Craft Sequence – are all urban fantasy books even though only one of them takes place in a world even vaguely resembling ours and a couple of them are set in a world that isn’t modern in the way that Urban Fantasy tends to be.

And while I’m perfectly fine with that because all of those series are ones I’ve quietly considered urban fantasy ones in their own right, that does make it harder to figure out what the best definition for this subgenre is.

Because the big issue with trying to settle on a definitive definition for urban fantasy is that inevitably, some stories will get lumped in or excluded despite the author’s intent. How do we account for (humanoid) character-focused urban fantasy with Broaddus’ definition? What about stories like Gladstone or Sagara’s – not set in our world in the slightest, but definitely set in cities that thrive and seem to live in their own way?

And what about urban fantasy set in places that, while populous, don’t fit into what much of the genre counts as cities?

When much of the subgenre only sees truly major and Western cities as potential sites for urban fantasy (like New York, New Orleans, and Los Angeles) but not… anything smaller or browner than a US-ian metropolis (like San Juan, Kuala Lumpur, Charlotte Amalie, or Kingston), how do you get a definition that encompasses them?

How do you make sure that the subgenre itself does?

I started this Urban Fantasy 101 post because I thought I could work my way to a concrete and definitive definition of what this genre was and what works would fall underneath that umbrella. Now, however, I’m not sure that I can.

But,  I want to know: how do y’all define urban fantasy?

Stitch writes about what needs to be written.
View all posts by Stitch →
This entry was posted in Urban Fantasy 101 and tagged definitions, urban fantasy, urban fantasy 101. Bookmark the permalink.