When Agents of S.H.I.E.L.D. (henceforth referred to as AoS because I’m not typing that out all the time) was first announced, I wasn’t interested. Sure, I enjoyed the Avengers despite having held a serious grudge against Joss Whedon’s style of writing and directing since I was eleven and watching Buffy, but this show that wasn’t on that level. I had a lot of questions and of course, they weren’t always very nice ones.

Where were my superheroes?

Where were my recognizable characters?

Where was Chris Evan’s pretty face?

Why was the MCU’s favorite self-insert Phil Coulson all over the place?

So the first two times that I started the show, I did so while sick and/or annoyed. I watched the series in pieces, while I had the flu or while I was working on other projects. I didn’t ever give it my full attention or anything close to my full analytical focus. However, that’s changed. I’m going to be watching AoS from the beginning and thinking critically while I do it.

At the same time though, I’ll be watching some of the episodes with my niece M and sharing her observations alongside mine. She’s a cool kid and very willing to pop my ego when it gets too big so hopefully, this will be a fun experience for everyone.

So let’s get started! 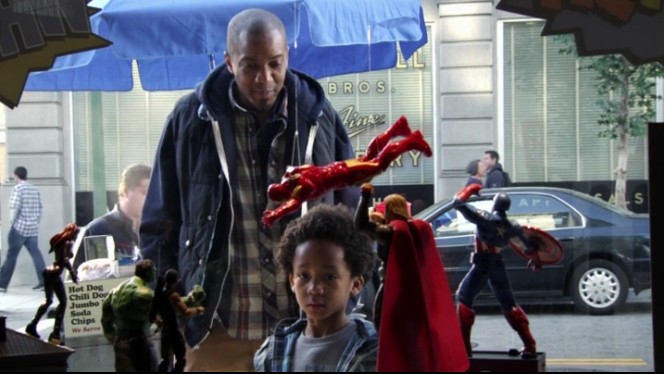 The first sense with Mike Peterson never fail to get my hopes all the way up. It’s the iconic superhero imagery, the heroic music, and Skye’s narration that all work well together. You get this feeling that we’re going to have Mike show up a big superhero, maybe even someone working with S.H.I.E.L.D. in the show.

Mike’s such a great character in the beginning and definitely I feel that he serves to connect viewers to the show.

Every time that Ward comes on screen, M calls him a traitor.

I know enough about the series that I don’t quite feel like smacking her for spoilers. And she does have a point there. We’re both in agreement about one other thing though, Ward is super hot sometimes and we’re super shallow.

Ward kind of reminds me of James Bond in his first fight scene. Geez. He’s such a brutal freaking fighter. Like I know better but I still can’t stop  myself from admiring him. Even though he doesn’t look that hot in his suit as he pretends to be a regular stick in the mud agent…

Why wasn’t Maria in charge of S.H.I.E.L.D. at this point?

(I know that this is actually a good thing since I’ve seen Captain America: Winter Soldier and all of that mess but I’m never going to get over the fact that she wasn’t the big babe in charge. I’m just super invested in powerful women in comic books and she was positioned perfectly to run the heck out of S.H.I.E.L.D. )

After Maria Hill’s comment about Thor’s godly arms and my ridiculous swooning, M just looked down her nose at me and informed me that “there’s more to him than his looks.” I have out-shallowed the tween.

I’m going to admit that I tuned out for most of the conversation between Ward and Coulson because I… don’t really care. M filled me in on the important details when I paused the episode to do something else and I’ve decided that I didn’t miss much.

Dropping in on Skye being such a freaking dork around Mike is just fantastic. She’s such a dork. I know I talk a lot about diversity and representation and I think it’s really great that Skye is such an everyman character. She’s easy to relate to as a nerd and she’s just so fun to watch. And she doesn’t feel like the characters that Joss Whedon usually writes where she’s just all or nothing in a weird way.

I like that Skye feels like someone you’d bump into in a comic book store or at a convention.

How is Chloe Bennet so cute?

I’m not buying Skye’s marketing spiel anymore than Mike is, but I’m definitely okay with her talking and being adorable.

I mean, how cute is her butchering a classic comic line?

“With great power comes…a ton of weird crap that you are not prepared to deal with!”

I can see why Mike isn’t exactly leaping to join her on her crusade.

Okay so within seconds of Agent May ending up on screen, M turns and asks me if I have a crush on her or not. Um… Duh. Agent May is gorgeous and a badass. She’s my favorite character and she’s held that position in my heart for ages. But of course, I can’t exactly wax poetic about the fictional love of my life to my 11 year old niece so…

There are some things the nieceling does not need to know.

Now I’ve got to admit that I really do like the whole “let’s gther a bunch of agents with different specialties and make a team” thing that the pilot of AoS sets up. The mix of genres and tropes is really fun here and it does work to do typical “spy” things in what’s essentially another segment of a superhero franchise.

(I’m a huge fan of DC’s own spy-superhero mashup Grayson and a devoted fan-person when it comes to spy stuff in general so the realization that this is just another mashup came late in the game but definitely changed the way that I looked at this show.)

How are they so cute?

I love how they get all the way underneath Ward’s skin. (Seriously, did Fitz hit Ward on the butt in that scene?)

And Skye’s everything. It’s hilarious. How is she such a freaking dork? It shouldn’t be funny but she got black-bagged. I can’t even handle this.

Not sure how I feel about Ward.

The interrogation scene where he and Coulson run a scam on Skye and pretend that he’s affected by the truth serum is just weird. Really not liking the whole thing where she takes her jacket off and then gets like super sexy and sulttry in order to take advantage of Ward being more pliant while under the influence of the supposed truth serum.

I’m not that okay with that.

And then the pan from the interrogation scene over to Mike applying Skye’s heroic rhetoric in the worst way and then Coulson kind of using that to guilt Skye. I just… Coulson is super manipulative. So very manipulative. When the first Avengers film came out, everyone was like, “Oh, Fury lies,” but the reality is that Coulson is the biggest liar in the world right now.

Some of it is because his brain was basically rewired but at the same time, I think he’s just a manipulative jerk.

I didn’t watch Iron Man 3 so this means nothing to me.

Is Centipede an offshoot of Hydra or not?

My favorite thing in the universe is how May just looks so darn done with everything. She’s just so tired of everything. Like this is not what she signed up for when she decided to work with Coulson again and she’s going to let everyone know it.

But I think that his speech isn’t the best. It feels weird especially with the ultra-diverse backdrop behind him like it doesn’t ring true. It’s almost there but there’s just… something is off about this scene. Something doesn’t work. It doesn’t work for me.

I’m not that moved.

(And then they follow it by Ward shooting Mike – even if it is with an antidote dart – so we get to see everyone in the group looking at each other with pride while Mike is laying there on the floor which certainly doesn’t make me feel that comfortable either.) 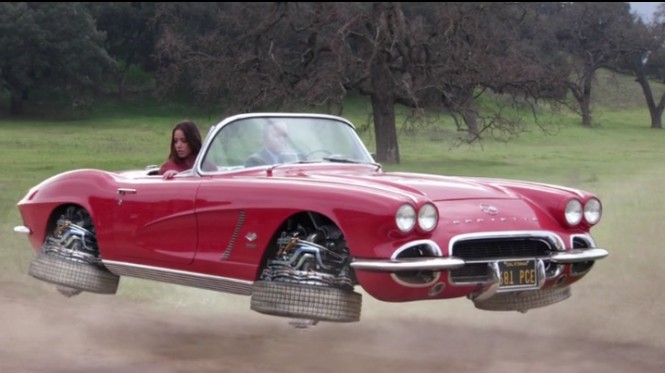 This is the pilot so I’m not expecting it to be perfect. It’s less annoying this time around (this is the third time I’m watching this episode I think) but I still don’t click with the show itself just yet.

The characters though… These are good characters. I like the way that the dynamics are shaping up and how Coulson is all “this isn’t a team” but they so are. I actually think I’m going to like the core group of Agents of S.H.I.E.L.D. as it shapes up because they explain the characters and they make sense. (Unlike the Avengers who can barely stand to be in the same room as one another for very long.)

I could use a bit less Coulson but then… who couldn’t?

The episode with the “object of unknown origin”, some team-building and betrayal, and of course Coulson gets some backstory.