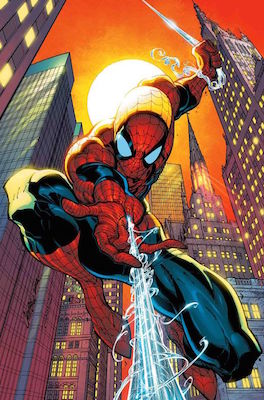 I’m sure that Tom Holland will do an admirable job as Spider-Man in the MCU.

What I’m also sure of is that we really didn’t need another white teenage version of Peter Parker.  This is our third live action Spider-Man and it’s not like they’re going to do anything different about this film to warrant this casting decision.

You do the character as a teenager just starting out and you have to do it all over again: the deaths of his parents,  the loss of Uncle Ben,  betrayal at the hands of his friend Harry, and him coming to terms with his new powers.  I’m all for superhero origin stories but not when we’ve gotten five Spider-Man films in the past twelve years with two of those films revolving around the same main plots of Peter’s life.

At this point, Peter Parker as a teenager just isn’t interesting.

Something that’d be even better though?

Not using Peter Parker at all.

It’s 2015. We’ve got an extended Spider-Man family with a diverse cast of characters that includes several web-wearing fighters that are more than ready to make the leap to the big screen. Seriously. Miles Morales and Gwen Stacy could both be starring in their own MCU Spider-Man films because they’re amazing characters. Why is it though, that despite how fans actually love both of those characters and have been begging for a Miles Morales film for years, that we’re not getting him in the MCU?

The MCU is white enough already. The few characters of color and lady heroes that we get are great but it’s starting to feel as if we’re being placated or being thrown a diversity bone to distract us from how homogeneous the MCU looks. Instead of going with yet another white guy in Peter Parker (who really really really doesn’t need another freaking movie!!), they could’ve and should’ve negotiated for a Spider-Man (or Gwen!) that was more diverse.

Sure, Tom Holland will probably charm audiences as Peter, but boy wouldn’t it be nice if white male actors weren’t the default?