No, I haven’t seen [popular piece of nerd media] and I don’t intend to… 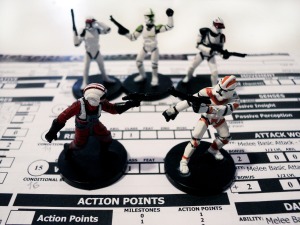 I don’t get the point of many nerd fave franchises.

The first time I watched a Star Wars film, I was fifteen. The first time I cared about Star Trek was maybe when the first new movie came out. I started Buffy on its last season and gave up on Angel well before its last season was even a blip in Whedon’s radar. And despite being named Zina and being homophone twins with everyone’s favorite warrior princess, it took me most of my life to actually sit down and watch more than two episodes. I know Bruce Campbell not from any movies he’s been in, but from his role on Burn Notice.

And of course, I’ve never watched (or cared about) Firefly.

Whenever I mention this — any of this — to my fellow nerds, they freak out. Reactions range from shock (“how have you not seen Firefly“) to annoyance with what I do watch (“but you’ve seen un chien andalou“). Apparently, there’s supposed to be this universal nerd canon but I’m not buying it.

I know I’m missing something but at the same time, I don’t care that I am. I grew up in a pretty religious family so basically the only secular things I watched on a regular basis before the age of eleven were news broadcasts and soap operas.

Oh and Sesame Street which has always been more diverse than most shows on TV.

All of these works that are touted as the be and end all of nerdery and science fiction/fantasy are really lacking in the diversity department or are outright offensive. What sparked this post is one such thing. You know how they’re making a remake of Bruce Campbell’s Evil Dead series? I’ve never seen it but I watched the trailer because Lucy Lawless is in the movie.

And you know what?

I’m glad I missed out on the movies. The trailer’s terrible. The humor is infantile and gross and at one point we totally get a racist “I’m not racist” joke.

Why exactly are all the nerds I know peeing themselves over this story?

Why are they so excited about any of these nerd franchises?

Most of them not only suck, but they haven’t survived the test of time very well either…

Stitch writes about what needs to be written.
View all posts by Stitch →
This entry was posted in Rants and tagged #NerdProblems, fan culture, fandom, fantasy, movies, nerd culture, science fiction. Bookmark the permalink.

3 Responses to No, I haven’t seen [popular piece of nerd media] and I don’t intend to…